Skip to content
A string of accolades have recently been awarded to Pave Aways staff in recognition for their commitment and hard work. 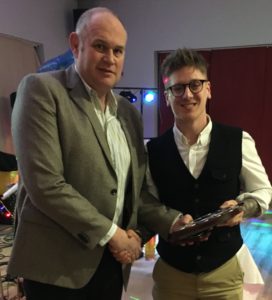 A string of accolades have recently been awarded to Pave Aways staff in recognition for their commitment and hard work.

Trainee Carpenter Sam Wycherley was named Apprentice of the Year while Employee of the Year went to Trainee Site Manager Ant Hughes. 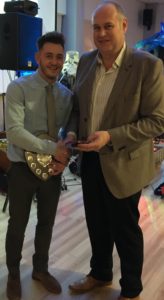 Labourer Cliff Gibson scooped the title of Colleague of the Year that was voted for by employees.

A special award that was made for the first time went to Site Manager Elwyn Preece. The Neil Holding Award was given in memory of Pave Aways’ former Quality Manager who died in December 2017 after a battle with acute lymphoblastic leukaemia.

It recognised an employee who goes above and beyond in their role and was chosen by the firm’s directors.

Managing Director Steven Owen said: “We know the backbone of our business is our strong team and the awards are a wonderful opportunity to reward those people whose drive and dedication deserves to be recognised.

“The annual party and awards gives us the opportunity to take time to publicly thank our workers. They are one of the key reasons we have a reputation as a forward thinking and proactive construction firm that continues to win contracts throughout Shropshire, Wales, the West Midlands and beyond.”