A carpenter who worked on the original build of County Hall in Llandrindod Wells has been tracked down after our team uncovered his signature on a timber stud from more than 30 years ago.

Site manager Kevin Bowden used social media to trace Phil Bennett, a joiner who worked on the original build in 1989. Phil’s name and the date in 1989 were uncovered as we cleared the building for the refit.

Phil, who lives in Rhayder, carried out the first fix carpentry on behalf of Boswells of Shrewsbury and the second fix for a Midlands firm Reg Davies between 1987 and 1989 and cut the roof rafters on the then going rate of £5 an hour.

The current £1m scheme involves stripping out the existing building and reconfiguring it with a more open plan layout including installing partitions and services and the final finish on behalf of the Welsh Government.

Phil met the current team working on the refurbishment and had a look around the existing site during a recent visit. 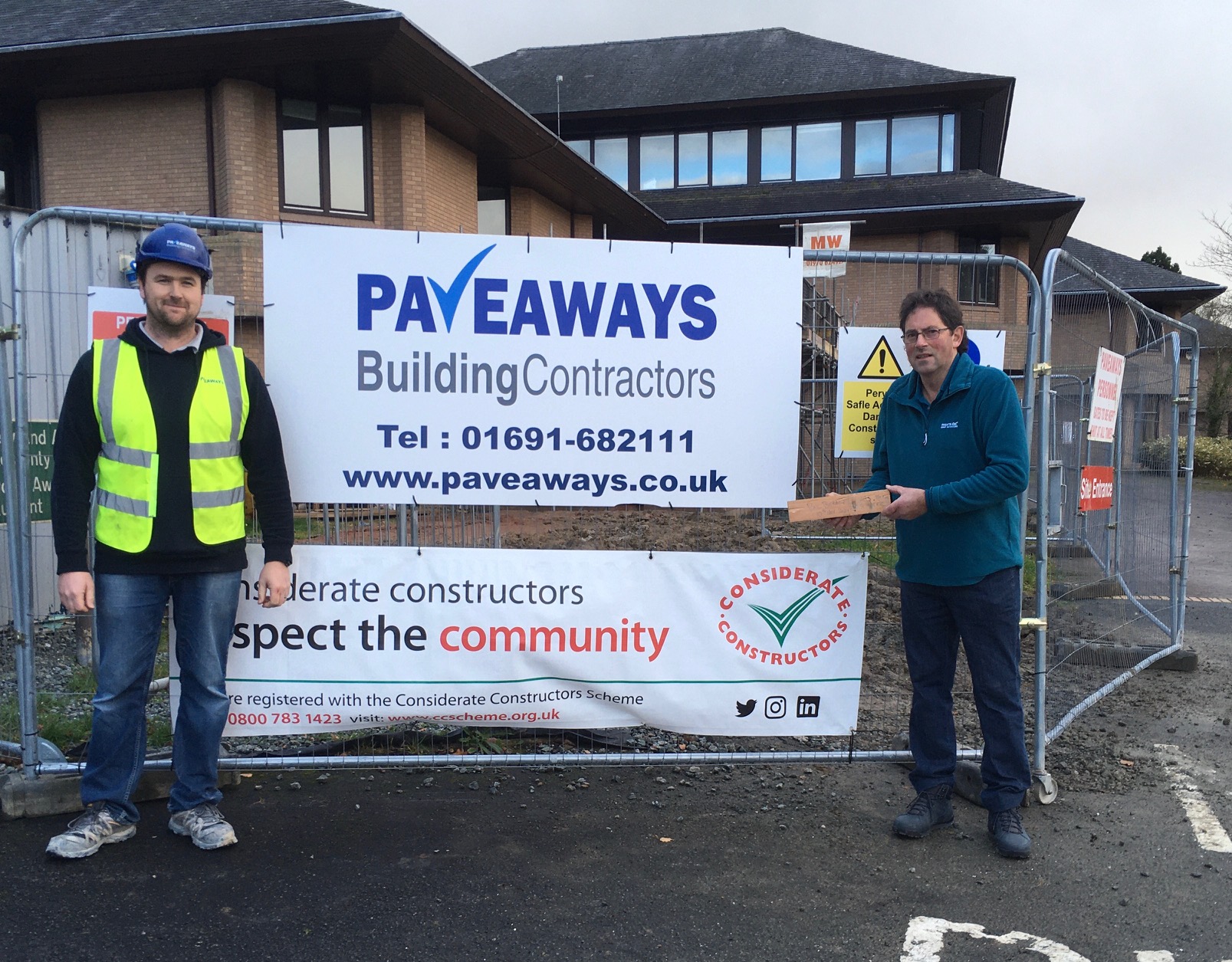 Construction Director Jamie Evans said: “It was great to be able to track down one of the original craftsmen, especially as he was local. Kevin posted a message on the local Facebook page to say what had been found and people responded to say Phil was still living locally and was a carpenter.

“He popped down the site and met the current team and said that during this job he bought his first cordless drill as the joinery firm he was sub-contracting for wouldn’t let you nail anything.”

The piece of timber, which Phil signed and dated again for posterity, has been screwed back into place. 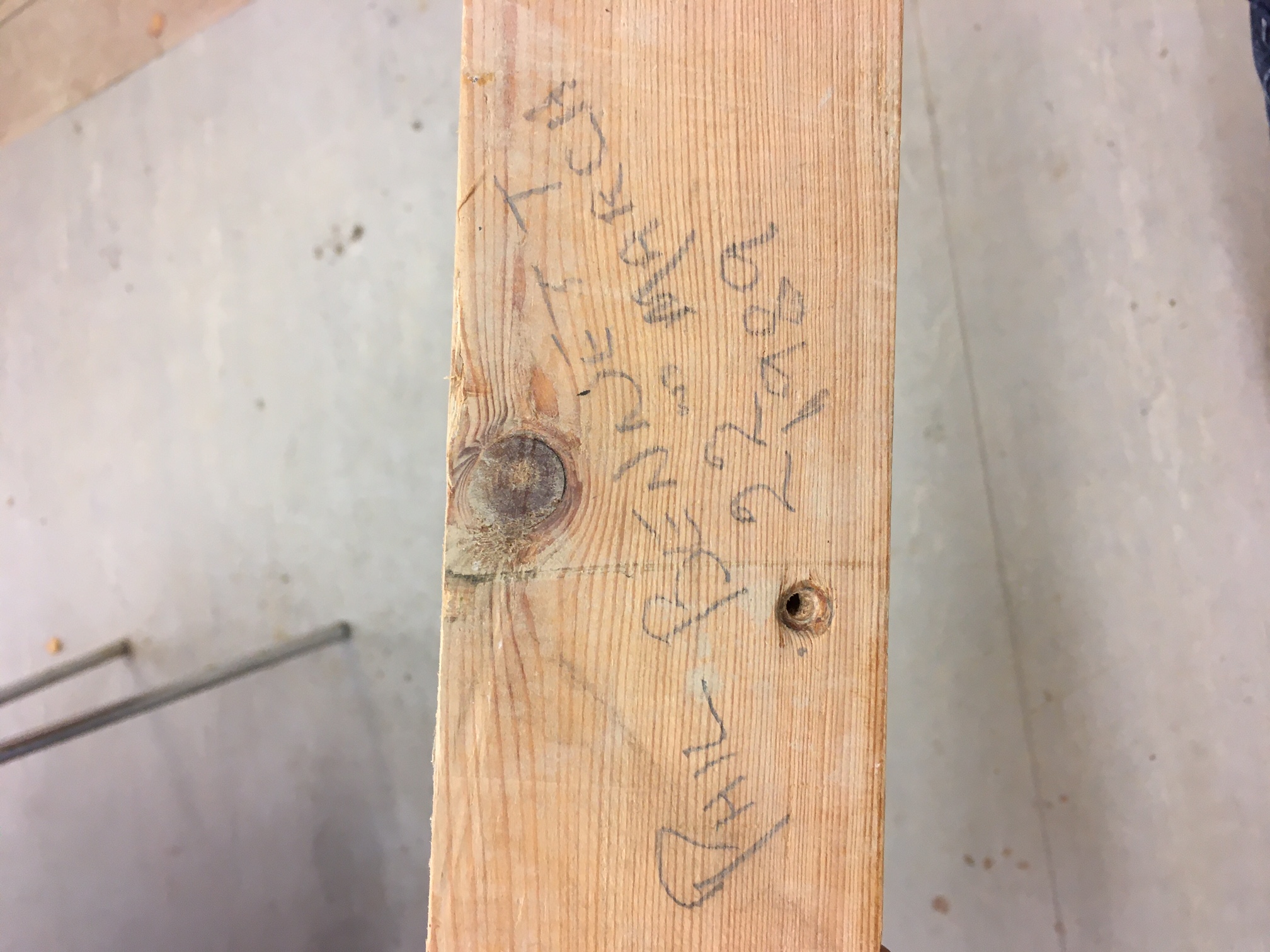