Our team has been putting their skills to good use to give a Shrewsbury community centre a new lease of life.

We’ve been doing some vital repair work to the Kynaston Road Community Centre as part of our community benefits programme while we build new school facilities at Harlescott Junior School for Shropshire Council.

The SOS came from volunteers working to reopen the centre that has been closed for three years so it can be used by community groups.

Vandals had got into the centre and deliberately removed waste pipework under sinks, flooding the building. As well as replacing broken pipework under the sinks and repairing and replacing the areas of the damaged floor following the flood, we also improved access to the centre, renewed handrails in the hall, replaced the office door, patched and skimmed the ceilings, decorated throughout with some volunteers, cleaned the building and even took away the rubbish! 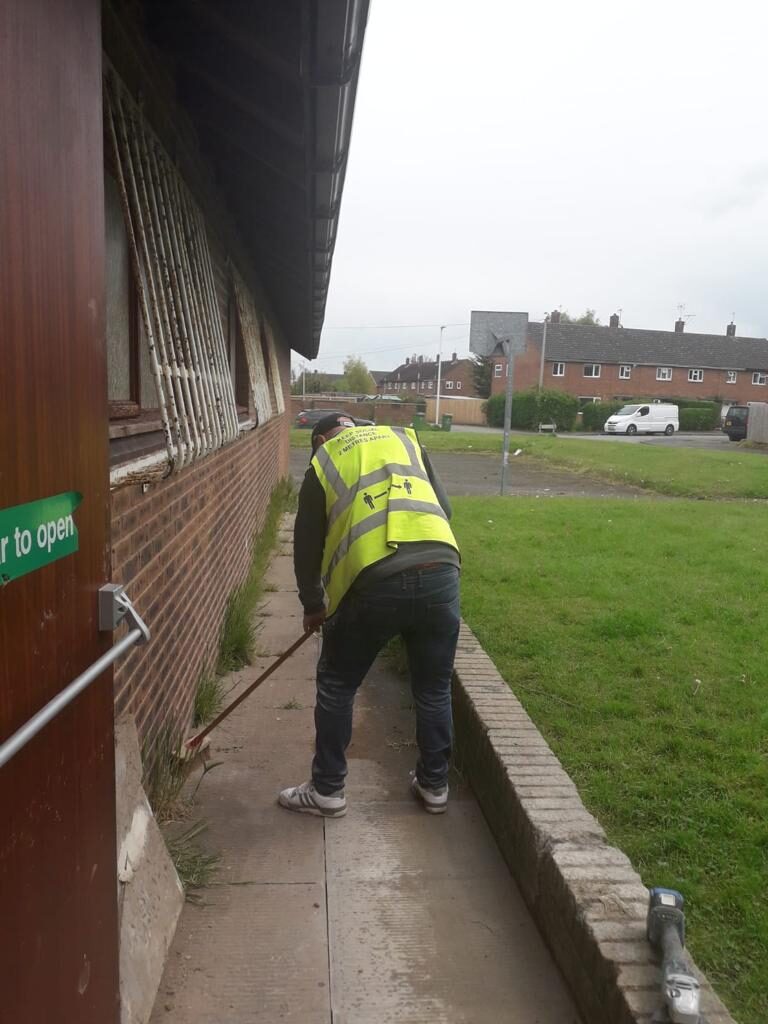 Thanks to Ray and Garry for their hard work and SP & D Contractors for donating the paint.

Nadine Brooks, who is leading the team aiming to get the centre up and running, said: “The guys did an amazing job and helped us so much, the centre looks so different from when we first went in.”