A dedicated team is the building block of any successful business and we have been lucky enough to recently celebrate a number of our staff who have clocked up a staggering 407 years at Pave Aways between them.

Leading the pack is site manager Paul Evans with 42 years under his belt. Store manager Dave Parry is hot on his heels with 32 years’ service, while carpenter Paul Brooke was presented with a watch to mark his 25-year anniversary at our recent Christmas party.

Labourer Chris Ward has 24 years on site with Pave Aways and carpenter Dave Woolhouse and Quantity Surveyor/Contracts Manager Dave Garratt have both been with us for 23 years.

Labourer Mark Lawrence has 19 years in the business as does site manager Gerald Hughes followed closely by Vince Carpenter who is, as his name suggests, a carpenter, on 18.

Managing Director Steven Owen said: “Our team is our biggest asset and plays an important role in helping us to deliver the standard of construction and service we have built our reputation on.

“I am honoured that every single one of them is dedicated to Pave Aways and marking their long service achievement is just one way we can thank them for their loyalty.” 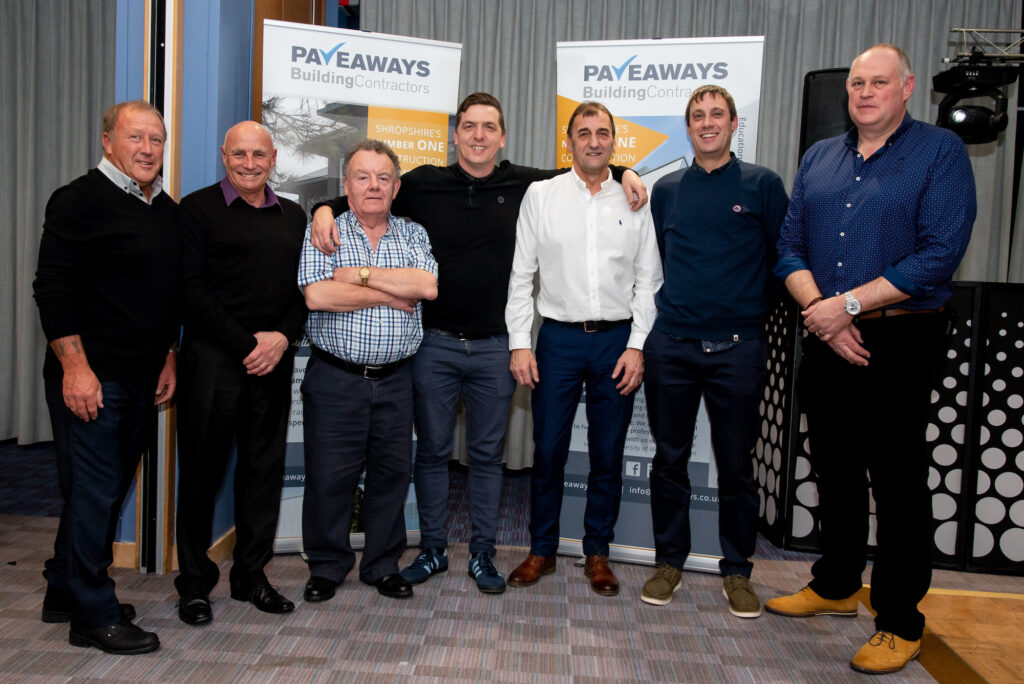 Some of our long serving team!