A Shropshire building contractor has broken ground on the latest development for a leading independent food services wholesaler.

It is a new development at the Bank Top Industrial Estate, which replaces Castell Howell’s current rented and smaller site in nearby Chirk that opened in 2010 to serve its customers across North Wales.

The contract, which also includes constructing ten dock levellers, a concrete service yard, a car park, an office, drivers facilities, a truck washing facility, drainage and associated services, is due for completion in December.

Castell Howell Foods is Wales’ leading independent food service wholesaler, serving customers through Wales, the border counties and the South West of England. It has its headquarters in Cross Hands, near Llanelli, with depots including the Chirk facility across the region.

The project is being managed from Pave Aways Welsh office, which is based in Benjamin Road, Wrexham. Pave Aways’ Managing Director Steven Owen said: “We are delighted to be working with Castell Howell Foods on this scheme.

“We have completed a number of high profile industrial schemes for Welsh clients in recent years including the £4.6m global manufacturing and distribution facility for Invertek Drives in Welshpool and a £2.1m new build despatch building for Airbus at its Flintshire headquarters.

“The build of the new distribution centre will have a major economic benefit to the local economy through our supply chain of sub contractors and suppliers as well as directly supporting future growth for Castell Howell Foods.” 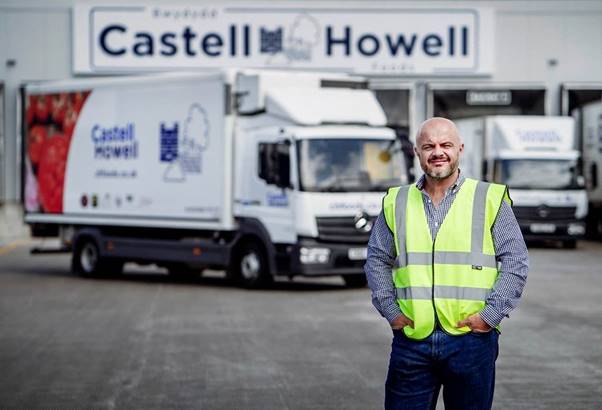 Martin Jones, Director of Transport and Distribution at Castell Howell Foods, added: “Castell Howell is delighted to be partnering with Pave Aways on our latest building project.

“Castell Howell is a family owned and run business that is passionate about supporting local businesses whenever possible, supporting local communities is at the heart of what we believe in, along with appreciating and valuing our loyal, highly skilled and motivated members of staff.

“Finding a business like Pave Aways that shares our values is extremely satisfying and we look forward to enjoying a strong working relationship.”