Pave Aways has funded four lifesaving missions by the Midlands Air Ambulance Charity after handing over a £10,000 donation.

The cash was raised by staff through a series of fundraising activities including a gruelling 84-mile ‘safari’ dressed in animal costumes along the Shropshire Way and a 70-mile bike ride around north Shropshire. They also generously donated a percentage of their day’s wage during the company’s annual away day to the air ambulance.

Business Development Director Paul Moran made the presentation during a visit to one of the charity’s three airbases, RAF Cosford, to see how the donation would be of benefit. 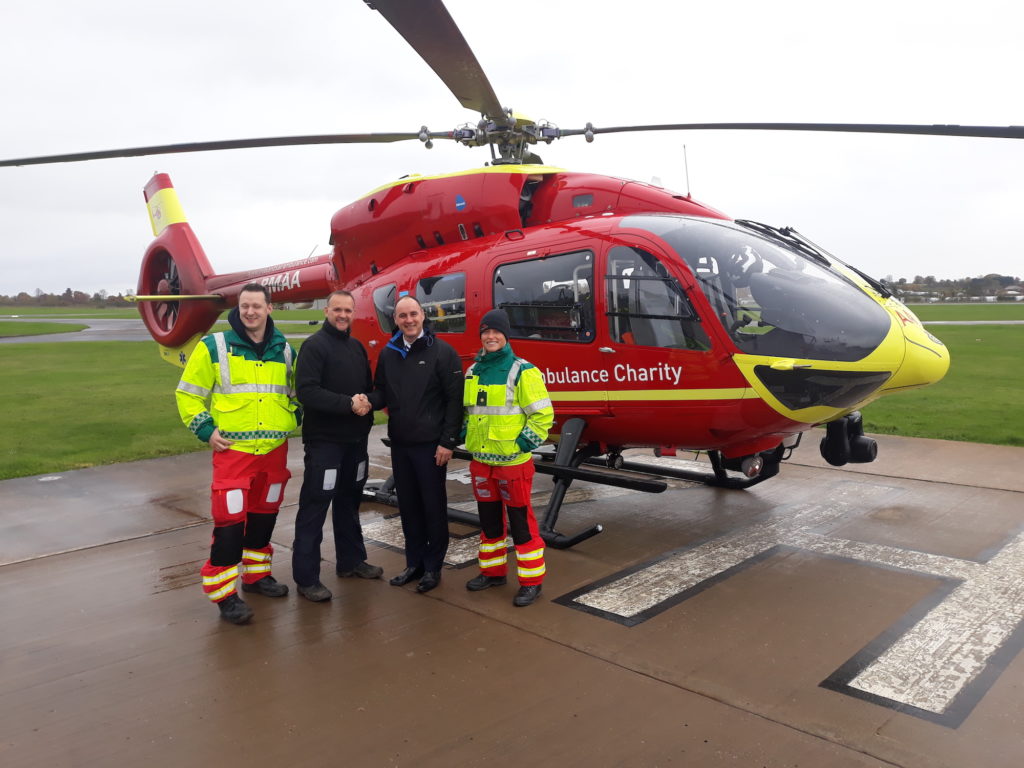 “Working on building sites all over Shropshire, Mid Wales and the Midlands, we often see their distinctive helicopters flying overhead as they attend lifesaving missions,” he said.

“It was fascinating to learn how highly skilled the medical team are and how the treatment they deliver can be the difference between life and death for patients.

“It costs £2,500 to fund just one mission and the charity receives no Government or National Lottery funding for its daily missions, so every penny makes a difference. As a team we are delighted to have been able to contribute to the incredible work they do,” added Paul.

Pam Hodgetts, corporate partnerships manager for the Midlands Air Ambulance Charity, said: “Every year we need to raise in excess of £9 million a year to fund our fleet of air ambulances and emergency vehicles.

“It’s thanks to donations from our corporate partners like Pave Aways that help boost that figure and £10,000 will fund four of our missions.”

To find out more about the lifesaving work that the Midlands Air Ambulance Charity does, visit: www.midlandsairambulance.com