When Paul Evans started worked for Pave Aways, Margaret Thatcher had been the Prime Minister for just a few months, Jimmy Carter was the US President and Video Killed The Radio Star by The Buggles was one of the hit songs you’d hear on the radio.

Paul, who started with the fledgling company in October 1979, has just clocked up a staggering 42 years with us, which was marked with a surprise party.

He joined Pave Aways, which started life in 1973 specialising in civil engineering work such as groundworks and hard landscaping, as a tarmacer. As we took on larger construction projects, Paul rose through the ranks to become a site manager, the position he holds today.

He was presented with a £1,000 holiday voucher for his long and loyal service at the party held on the anniversary of his first day (October 27). 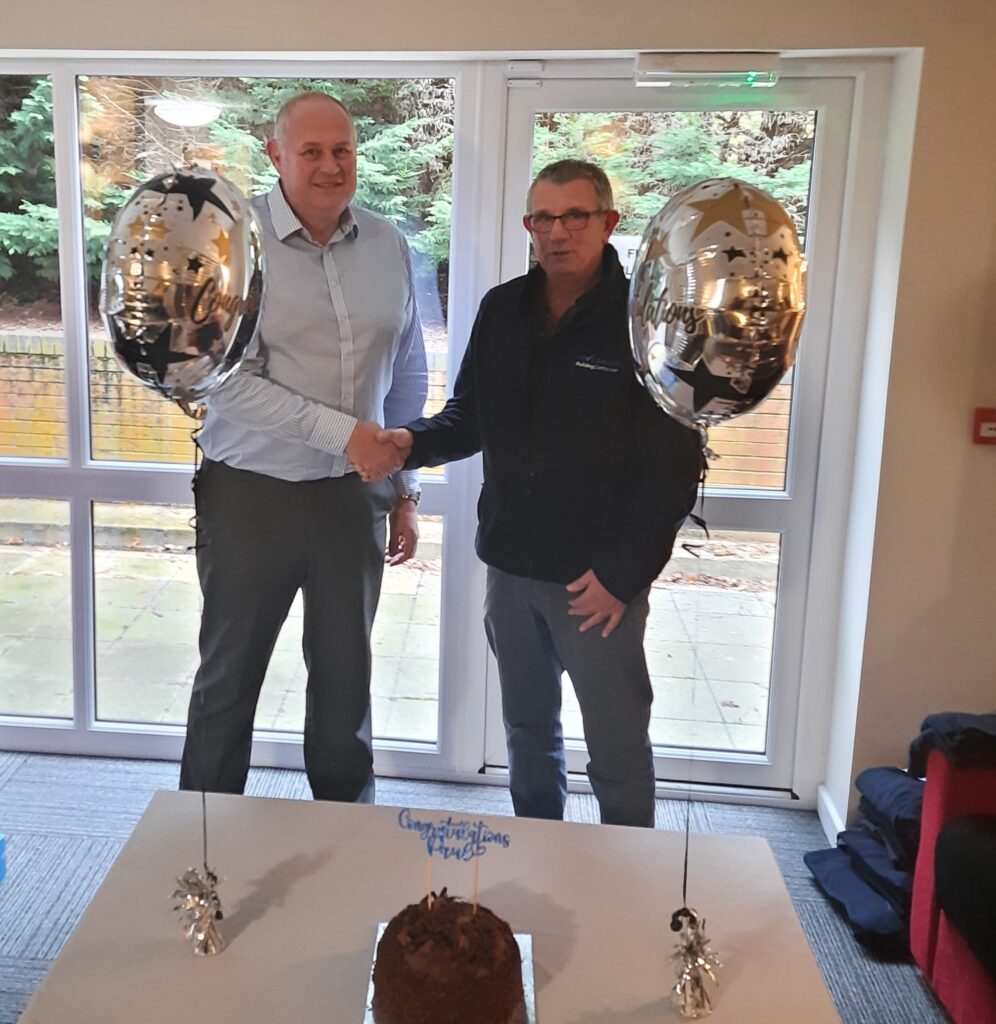 Managing Director Steven Owen said: “What Paul doesn’t know about Pave Aways isn’t worth knowing! His long service is a real measure of the man and we have to thank him for his dedication.

“His experience has been a real asset to us and he has supported many, many people in the construction sector over the years with his skill and guidance. The number of people who came to his surprise celebration was testament to his popularity.”

Paul, who lives in Oswestry, said: “I started on a temporary six-week contract when I was 20 and here I am 42 years later. My first job was literally pushing a wheelbarrow. I could easily have moved on elsewhere but Pave Aways has kept its values as its grown and I feel a part of it. I have always planned to work until I’m 66 but I’ll see how I feel nearer the time, I might just carry on.”

“The party was a really nice surprise,” he added. “I was totally shocked when I pulled into the yard and saw all the vans and then found out they were there for me.”