Future cat lovers will be able to get nostalgic when they dig up a time capsule buried at the site of the new Cats Protection’s Adoption Centre we are delivering in Wrexham.

As construction nears completion on the site of the old fire station in Benjamin Road, staff came up with idea of collating a collection of mementos to commemorate the £2.1m project. But anyone interested in knowing what went inside the sealed metal tube will have to wait until 2069 to find out!

“We are not revealing what has gone into the time capsule as we want it to remain a surprise for the generation that gets the chance to dig it up,” said centre manager Suzan Kennedy.

The new adoption centre will be a state-of-the art facility where staff and volunteers can offer the highest standard of care to its feline residents, as well increase the number of cats they will be able to take in and rehome. 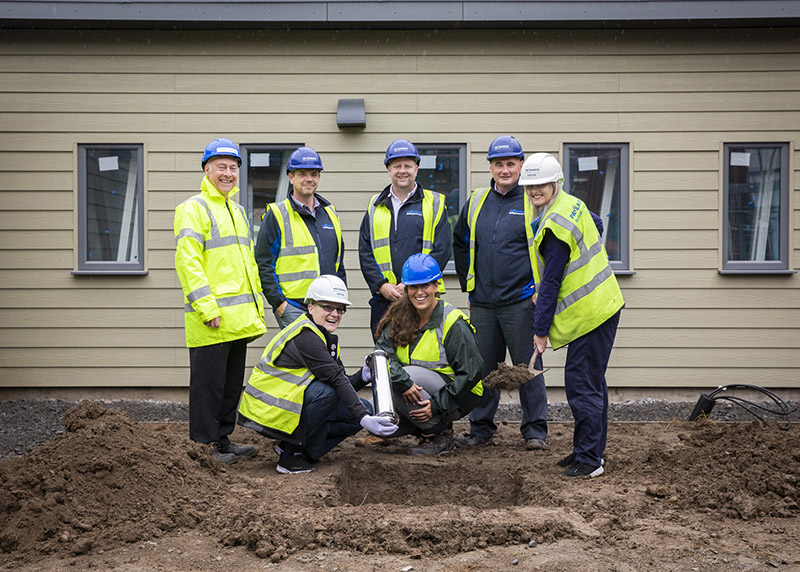 Pave Aways Managing Director Steven Owen said: “The new adoption centre is a significant development for Cats Protection and the Wrexham area so commemorating this milestone with a time capsule was a great idea.

“The build is nearing completion and we can’t wait to hand it over so the first residents can be welcomed and start their journeys to a new home.”

The new centre is centrally-located on the former site of the North Wales Fire and Rescue station, which was built in the 1950s but was closed down in 2016 when the service moved to a nearby multi-million pound facility.